Neowin points out Microsoft's future Project Spartan browser isn't here yet but received word that it's likely going to be part of the next preview release, which could be less than a month away.

In the meantime, users of Windows 10 Tech Preview build 10041 can already give the new EdgeHTML engine a try by toggling it on via Internet Explorer's experimental web platform features:

[...] Spartan’s rendering engine called EdgeHTML is available in build 10041, and can be tested with Internet Explorer via a toggle in the about:flags page called “Enable experimental Web platform features.”

The IE team said that the March update has several new features and improvements: 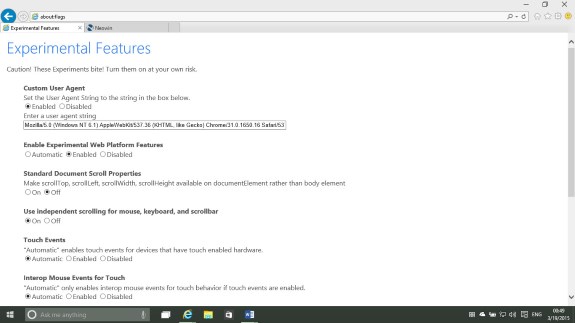