Several years ago when Windows 8 was in development the new OS got a lot of criticism for several of its new features, a lot of people were very skeptical of the new Metro interface and that was one of the prime reasons why the adoption rate was so low. Later Microsoft reduced the impact of Metro on desktop users but now news reaches us that Secure Boot, another controversial feature of Windows 8, may have a much more significant impact on computer enthusiasts with the arrival of Windows 10.

Talking about the hardware requirements for Windows 10 at the WinHEC hardware conference in Shenzhen, China, Microsoft revealed that the switch to allow Secure Boot to be turned off is now optional in Windows 10.

With Windows 8, Microsoft made it mandatory to include a user-accessible switch to turn Secure Boot off but this is now no longer the case. The implication of this is that hardware manufacturers will be allow to create "Designed for Windows 10" PCs that offer no way to opt out of the Secure Boot lock down, which significantly reduces your freedom to install an alternative operating system like Linux.

Should this stand, we can envisage OEMs building machines that will offer no easy way to boot self-built operating systems, or indeed, any operating system that doesn't have appropriate digital signatures. This doesn't cut out Linux entirely—there have been some collaborations to provide Linux boot software with the "right" set of signatures, and these should continue to work—but it will make it a lot less easy. 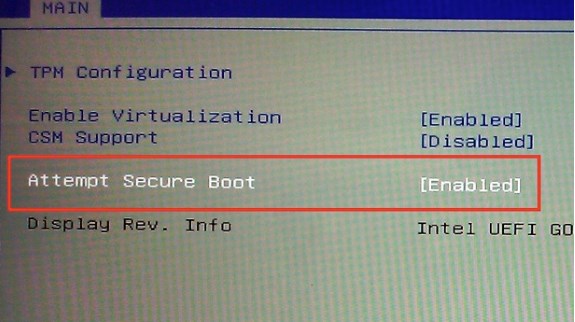