Kingston announced the development of world's first 128GB DDR4 memory kit running at 3000MHz. The kit consists of eight 16GB memory modules with 16-16-16-39 timings but the voltage is unknown. Kingston did not reveal pricing nor an expected availability date.

During Computex en Taipei,HyperX will unleash a high-performance system featuring the upcoming 16GB modules powered by the recently released HyperX Predator M.2 PCIe SSD. The live demo will take place during the HyperX Roadshow Experience from June 4-7, 2015, at the ATT 4 FUN center, in Taipei. More details will be forthcoming about availability and pricing for HyperX Predator 16GB DDR4 modules and kits. 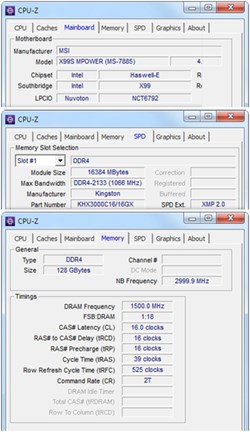