Posted on Tuesday, May 12 2015 @ 11:43 CEST by Thomas De Maesschalck
MCST (Moscow Center for SPARC Technologies) has released the Elbrus-4C, a new quad-core processor that uses emulation to achieve x86 compatibility! The quad-core chip uses the Elbrus ISA (instruction set architecture), it runs at 800MHz and is made on a 65nm process by TSMC. It's not going to win any awards for performance but it seems the main goal here is to achieve some independence from American chips.

The Elbrus-4C, while highly advanced by home-grown Russian standards, is by no means a bleeding-edge chip; it's a quad-core part built on TSMC's last-last-generation 65nm process. It's capable of hitting a rather heady clockspeed of 800MHz, which equates to (a fairly decent) 25 gigaflops of 64-bit double-precision math. The tech specs say that the Elbrus-4C has 986 million transistors, which is pretty hefty considering there's no integrated GPU. All in all, Elbrus-4C is probably a few years behind western chips, but it's difficult to make a direct comparison.

MCST sells a complete computer based on the Elbrus-4C, which is confusingly called the Elbrus ARM-401. This system comes with the Elbrus Linux distro but reportedly also supports Windows XP and other x86 operating system trough the chip's x86 abstraction layer. Pricing is said to be around 200,000 rubles (roughly $4,000) but this is expected to drop significantly towards the end of the year. 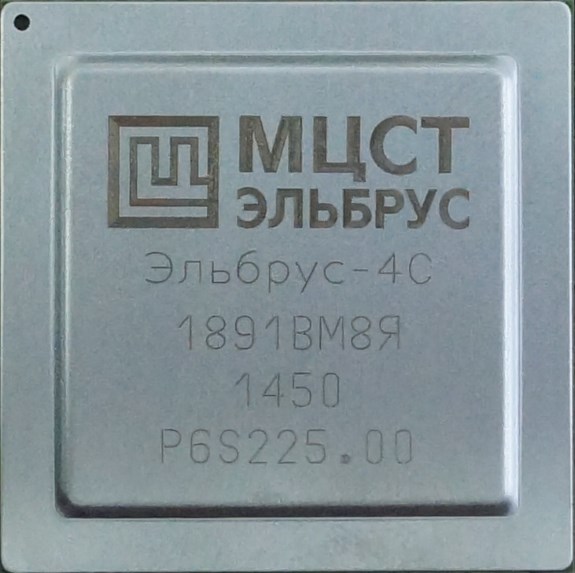