Noctua today announced two new additions to its portfolio of premium-quality, quiet CPU coolers with 140mm fans. Whereas the NH-D15S is a high-compatibility single fan version of the elite-class dual tower model NH-D15, the NH-C14S replaces the proven top-flow cooler NH-C14. Both the NH-D15S and NH-C14S feature an asymmetrical layout in order to avoid blocking the top PCIe slot.

"140mm coolers have become the default choice for enthusiasts who seek superior cooling performance for overclocking or near-silent operation, but these tend to block the top PCIe slot on many current motherboards" says Mag. Roland Mossig (Noctua CEO). "With the NH-D15S and NH-C14S, we've updated our successful 140mm dual tower and top-flow coolers with asymmetrical layouts that ensure the best PCIe compatibility."

Tailored to provide superior RAM and PCIe compatibility, the NH-D15S is an asymmetrical single fan version of Noctua’s award-winning flagship model, the NH-D15. Thanks to its asymmetrical design, the NH-D15S clears the top PCIe slot on most µATX and ATX motherboards. At the same time, the single NF-A15 PWM fan setup and recessed lower fins guarantee 100% RAM compatibility with memory modules of up to 65mm height. Users who have sufficient room can also upgrade the cooler with either a 120mm or round 140mm fan on the front fin stack for further improved performance in dual fan mode.

Successor to the award-winning NH-C14, the NH-C14S is an elite-class top-flow CPU cooler that is extremely efficient, highly compatible and remarkably adjustable. Thanks to its deeper fin stack and the renowned NF-A14 PWM fan, the single fan NH-C14S provides similar quiet cooling performance to its dual fan predecessor while being even more versatile: With the fan installed on top of the fins, the cooler is compatible with RAM modules of up to 70mm height. With the fan installed underneath the fins, the total height of the cooler is only 115mm, making it suitable for use in many HTPC cases. At the same time, the new offset layout allows it to clear the top PCIe slot on most µATX and ATX motherboards. 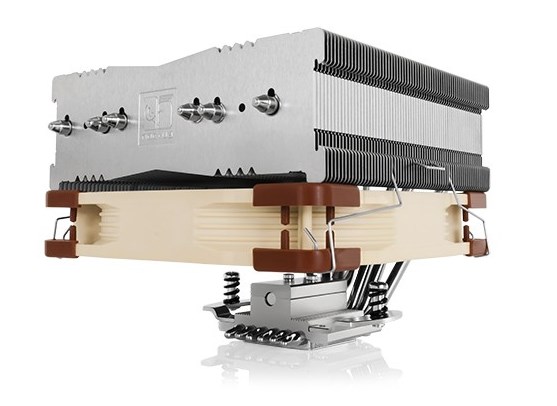 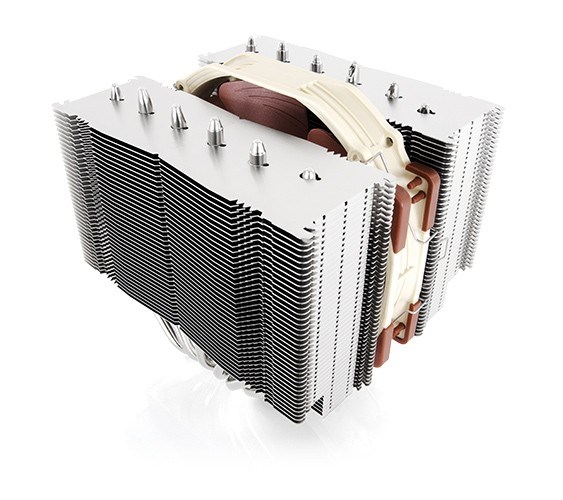