CPU World writes rumors indicate AMD may be planning to launch a few more Socket AM1 and AM3+ desktop processors this month. The slide below was leaked recently but it is dated March 27 so we don't know if it's still accurate.

Two new processors may be added to the family, an FX-4330 and an FX-6330. The slide does not list their specifications, and we can only speculate that they could be faster versions of FX-4300/FX-6300 95 Watt CPUs. 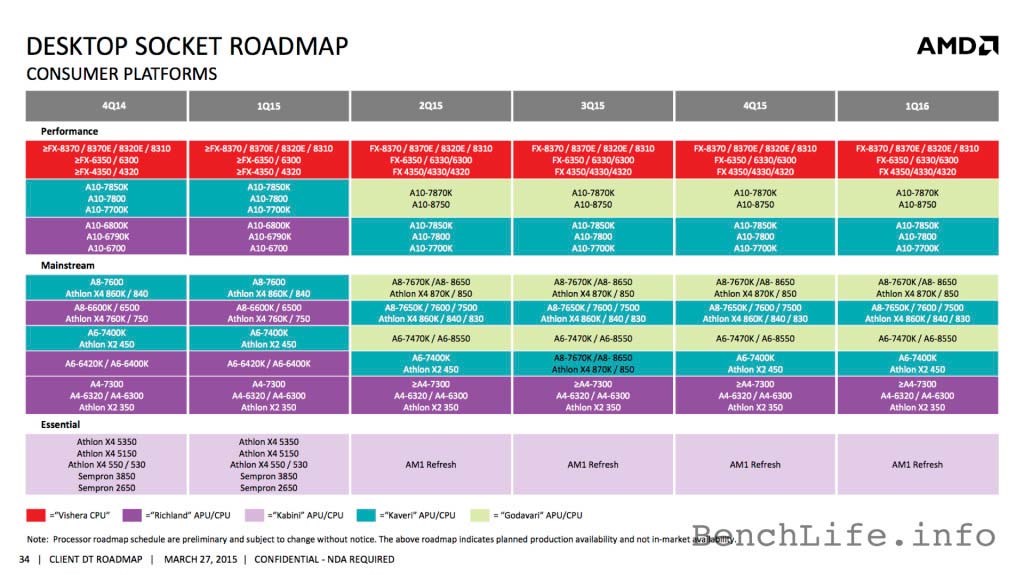