Posted on Wednesday, Jul 01 2015 @ 11:35 CEST by Thomas De Maesschalck
Chris Roberts has written a letter to inform Star Citizen fans about the latest progress and issues faced by the game. In the letter, Roberts confirms that the FPS side of Star Citizen is still facing significant issues.

The "Star Marine" component was originally scheduled to be ready for launch in April 2015 but now two months later the word is that additional time is needed as the FPS part of the game doesn't live up to the standards they want to achieve with Star Citizen.

Full details about the issues encountered by the FPS team can be read in Roberts' letter. He stresses that despite the setback from the FPS team, this has no major implications for the rest of the game. Only 15 percent of the Star Citizen team has been working on Star Marine and progress on other areas of the game such as Squadron 42, multicrew and the persistent universe, have continued.

When will we see Star Marine? Tonight, I don’t have an absolute answer for you. What I will tell you is that we know exactly what we have to do, and we’re already well on our way to doing it. With allocation of additional resources and increased cross-studio focus on the FPS portion of the game we are on our way… we’re just not there quite yet. I’m confident that with the significant updates and changes to the backend architecture discussed above that we will have an experience worthy of the Star Citizen name; it’s just going to take some additional integration and testing. On the public side, I know that it’s time to open up our communications on the Star Marine rollout process: starting with this message and continuing each week, we will provide a high level update on the challenges just as we did for Arena Commander. 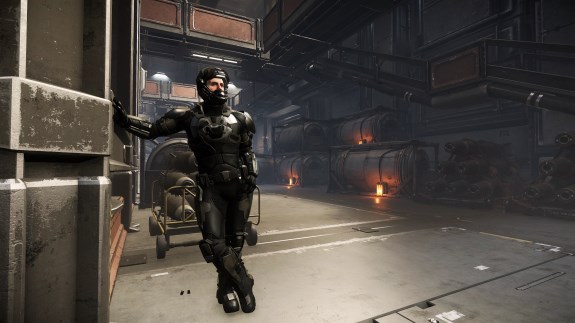