AMD says the Radeon R9 Fury will be available in retail stores from July 14th for $549 but for some reason only ASUS and Sapphire are launching R9 Fury cards today. The ASUS R9 Fury STRIX card is pictured below, a picture of the Sapphire Tri-X model was published over here on Wednesday.

The number of reviews of the R9 Fury card is astonishingly low, normally when a new product is launched DV Hardware's mailbox flows over with review news but this time coverage is extremely limited. Early reviews are positive about the card, it delivers performance that falls between NVIDIA's GeForce GTX 980 and GTX 980 Ti at a price point of about $50 above the GTX 980. 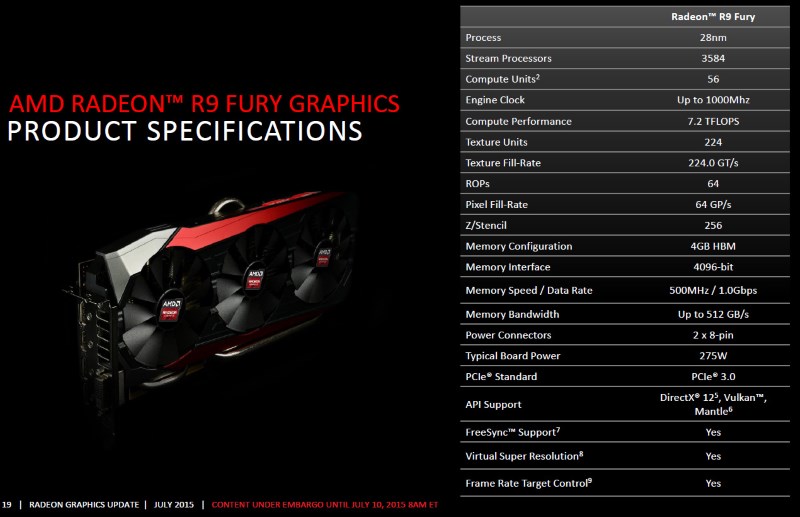