The system works by placing the CPU bottom side up in a CPU bracket that's included with the motherboard. You slide in the CPU until it clicks into place, then that bracket is placed into the CPU socket and you secure the bracket onto the CPU socket using the ledge. The whole thing is designed in a way that should make it impossible to install the CPU incorrectly.

It's unknown which motherboards will come with the ASUS CPU Installation Tool, it will make its debut on the Z170 series but will possible also arrive for other series. 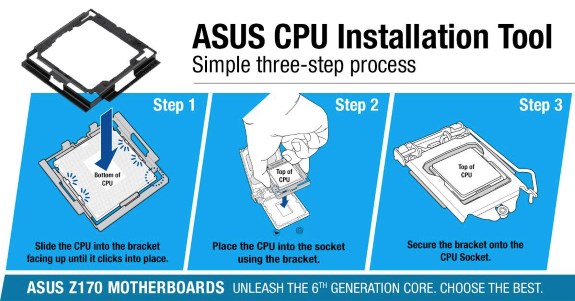