According to the rumor mill, AMD started shipping its Radeon R9 Nano to its board partners. This compact card is just 150mm long and should be ideal for compact gaming systems and HTPCs. Two photos of the card were published at a Korean tech site showing off the card in full glory.

This ultra-short model is reportedly based on a full Fiji GPU with 4096 stream processors, 256 texture units, 64 ROPs and a 4096-bit memory bus with 4GB HBM memory clocked at 1GHz effective, resulting in 512GB/s memory bandwidth.

Details about the core clockspeed are still unknown but rumors point to somewhere in the 830-900MHz range. The R9 Nano is expected to be revealed in August, pricing is still a mystery. 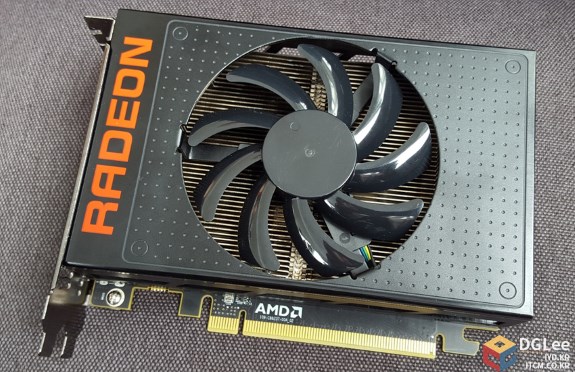