Posted on Thursday, Jul 23 2015 @ 13:43 CEST by Thomas De Maesschalck
The first photo of Gigabyte's upcoming Gaming 3 motherboard hit the web. Based on the Z170, this LGA1151 ATX-sized motherboard supports Intel's upcoming Skylake processor and has two PCIe 3.0 x16 slots (x8/x8 when both are populated) and four memory slots supporting up to 64GB of dual-channel DDR4. The board uses a 24-pin ATX and 8-pin EPS connectors and offers 7-phase CPU VRM.

Storage connectivity includes two 32 Gb/s M.2 slots, three SATA-Express 16 Gb/s, and six SATA 6 Gb/s ports. Among the USB connectivity are two USB 3.1 ports (with at least one type-C port), at least eight USB 3.0 ports (from which four are given out via headers), and a number of USB 2.0/1.1 ports. The AMP-UP audio solution combines a 115 dBA SNR CODEC with ground-layer isolation, an OPAMP tuned for gaming and music, audio-grade capacitors, and EMI shielding. Networking is care of a Killer E2200 chip. Display outputs include D-Sub, DVI, and HDMI. GIGABYTE-exclusive Dual-UEFI BIOS is featured. Also offered is TurboOverclock+, a hardware-based overclock automation and stability testing system. 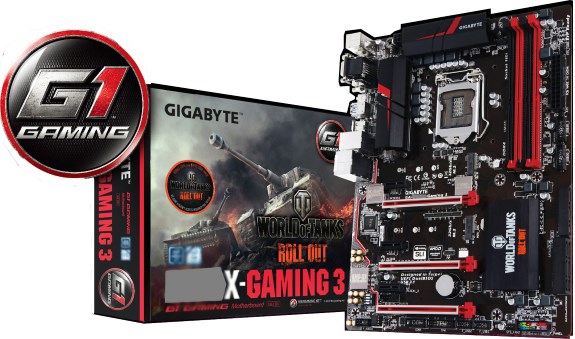