Three newly leaked marketing slides reveal some of the advantages of the upcoming Intel 14nm Skylake processor lineup. The chip giant claims the new architecture will deliver 10 to 20 percent higher single and multi-threaded performance, up to 30 percent longer battery life and up to 50 percent higher 3D gaming performance. 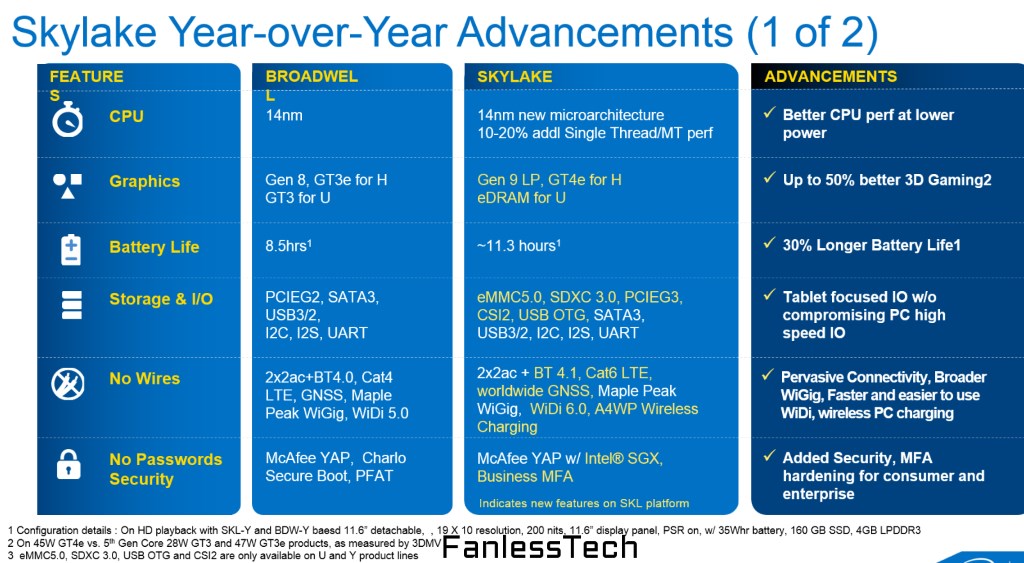 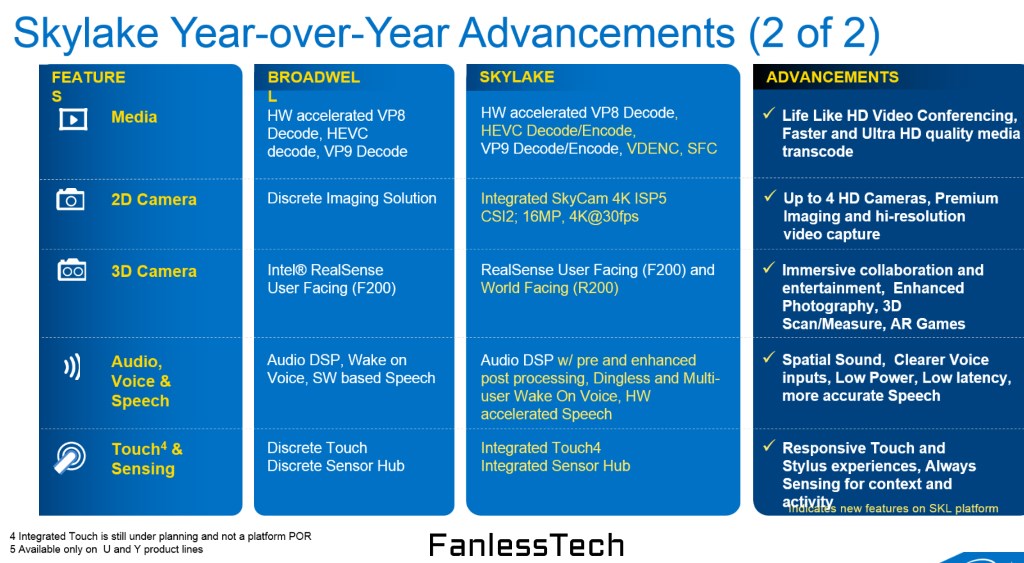 In terms of performance, especially the low-power mobile chips are getting a big performance boost. The Y-series lineup for tablets and 2-in-1 convertibles reportedly offers up to 17 percent higher CPU performancen a huge 41 percent boost in integrated graphics performance and up to 1.4 hours longer battery life. The ultrabook-oriented U-series promises up to 10 percent more CPU power, a 34 percent integrated graphics boost and the same 1.4 hours increase in battery life.

Next is the H-series for regular and higher-end notebooks, this lineup promises up to 11 percent better CPU performance, up to 16 percent faster graphics and "up to 80 percent lower silicon power (CPU + PCH + WiFi + LAN)"

Intel's slide also mentions that the S-series for desktop PCs will deliver up to 11 percent higher CPU performance, up to 28 percent higher graphics performance and up to 22 percent lower TDP (from 84W to 65W). 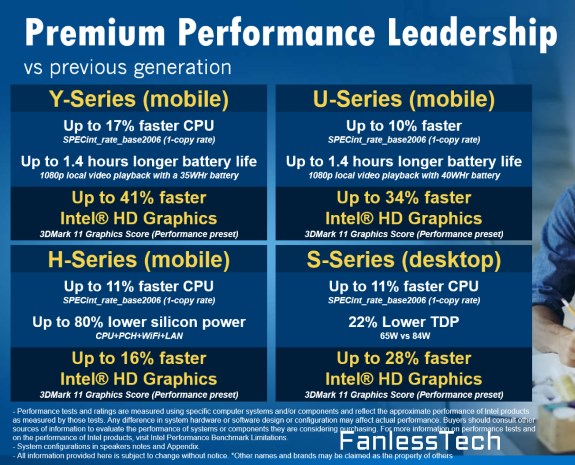