The Romer-G switches have an actuation point of 1.5mm and a lifetime rating of 70 million keystrokes. The G310 seems part of Logitech's new colorful attitude, as evidenced by the keyboard's bright blue accents on the front of the keyboard as well as the completely blue back.

Other features include a LED backlight system with adjustable brightness and an integrated smartphone dock with support for Logitech's Arx Control software, which lets you use your smartphone as a secondary screen to display in-game information. 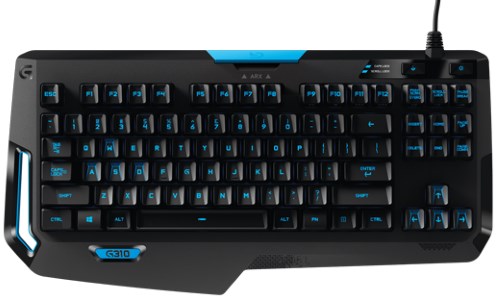 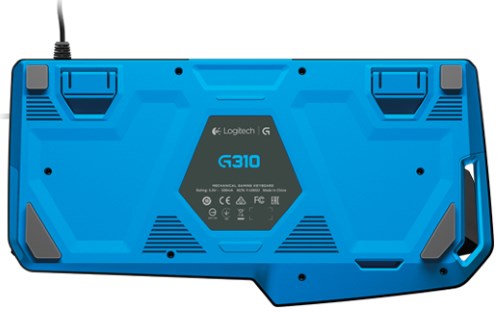