Windows 10 has a tool to block selected updates

The package was digitally signed on June 15, and the accompanying Knowledge Base article is dated July 7, just a few weeks ago. The package is labeled for use with the Windows 10 Insider Preview, but based on its performance on the final (10240) preview build, it looks like it should work with the final release beginning July 29. 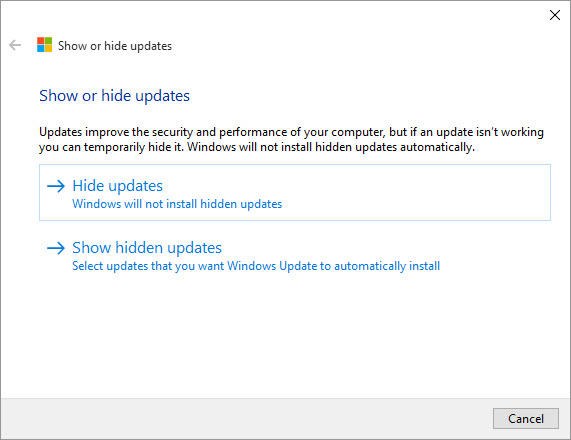