Take it with a grain of salt but FUD Zilla claims it received some information about AMD's 2016 Zen cores from well-informed industry sources. First up, the site confirms Zen will not be using a shared FPU like the Bulldozer family. Zen will adopt SMT Hyperthreading just like Intel, meaning each core will be able to process two threads simultaneously. L3 cache will reportedly still be shared by two cores.

Zen will use a scheduling model that is similar to Intel's and it will use competitive hardware and simulation to define any needed scheduling or NUMA changes. Two cores will still share the L3 cache but not the FPU. This because in 14nm there is enough space for the FPU inside of the Zen core and this approach might be faster.

We mentioned this in late April where we released a few details about the 16 core, 32 thread Zen based processor with Greenland based graphics stream processor. Zen will apparently be ISA compatible with Haswell/Broadwell style of compute and the existing software will be compatible without requiring any programming changes. 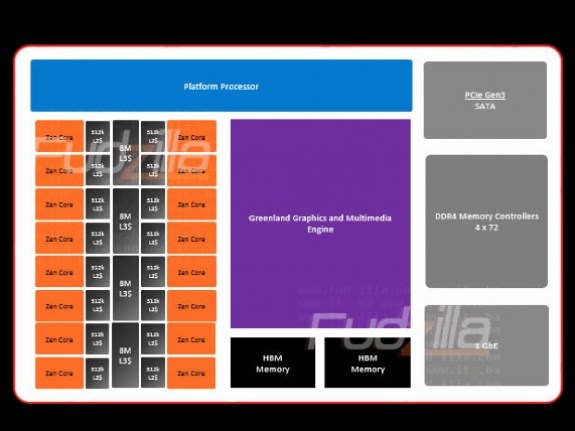