Posted on Friday, Aug 21 2015 @ 14:14 CEST by Thomas De Maesschalck
A decade ago you had acrylic cases and now the new and improved spin on this theme seems to be cases with tempered glass panels. The 805 Mid Tower from In Win is such a case, this model is made from aluminium and tempered glass and will hit the market in September. It looks kinda high-end but we don't know the pricing.

Designed for ATX, Micro-ATX or Mini-ITX motherboards, this case features two 2.5/3.5" storage bays, two 2.5" SSD bays (can be expanded to four), and eight PCI expansion slots. There's no room for a 5.25" device, this is a feature that's rapidly disappearing from a lot of the next generation of mid-tower cases.

There are two versions of the case, an all-back black standard model with two USB 3.0 ports and two USB 2.0 ports, a standard model with gold accents and a Type-C version with the same features plus a red LED logo, a red I/O panel and one USB 3.1 Type-C port. However, some versions will not be available in all regions.

The new 805 chassis features a see-through skeleton structure of aluminum that can be placed anywhere to give 270 degrees of spectacular views thanks to its tempered glass sides and front panel. In Win has pursued the spirit of exquisite craftsmanship and innovative design that blends the best of visual aesthetics and high-end PC gaming build performance. Space is provided for mini-ITX, micro ATX or ATX builds that includes up to eight expansion cards.

The 805 is available in all-black, or with accents of red or gold*. The 805 also comes pre-fitted with a white (black/gold versions) or red (red version) LED backlit logo* to match modern build aesthetics.

Extensive air and water cooling options are included, with support for 280mm radiators up to 60mm thick in the front, and a 120mm radiator and 35mm thick at the rear. It’s also equipped with a removable fan bracket in the front and has magnetic dust filters on all in-take fans which allows for easy building and maintenance. Two more 120mm fans can also be mounted in the base for additional cooling, while air-cooled CPUs with tower heatsinks have a spacious 156mm height to spare.

The versatile HDD mounting mechanism with In Win EZ-Swap bays allows two 2.5/3.5-inch drives to be placed in three different positions. This is in addition to another pair of 2.5-inch drives placed elsewhere, allowing for an extensive SSD setup. 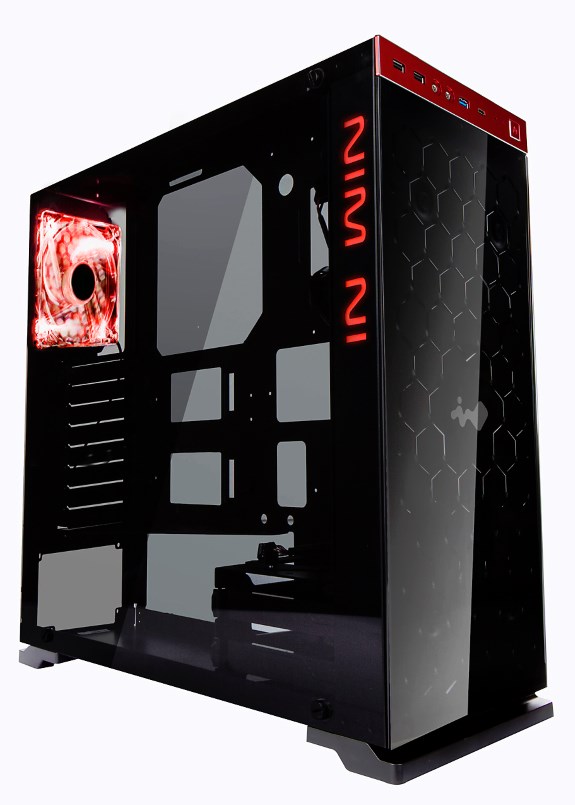 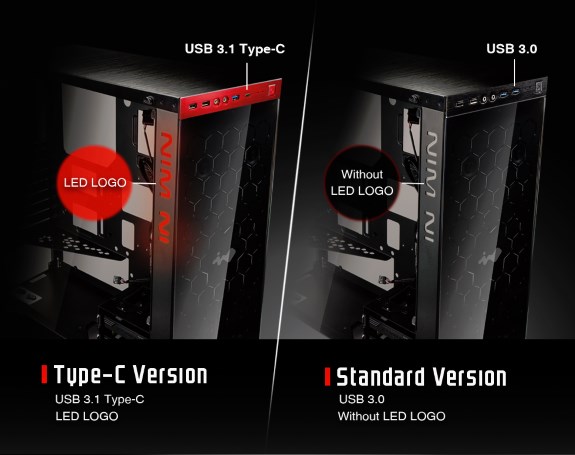