Pricing and availability is unknown, but this card is largely similar to the previous Devil 13 290X dual-GPU card so pricing will probably be around the $1,500 mark.

TUL Corporation, a leading and innovative manufacturer of AMD graphic cards since 1997, has proudly announced a new and most powerful graphics card in the world among AMD Radeon R9 390 series. The PowerColor Devil 13 Dual Core R9 390 is packed with dual GRENADA core, designed to tackle the most demanding high end gaming titles on the market. It utilizes 16GB of GDDR5 memory with a core clock speed at 1000 MHz, and 1350 MHz for memory clock speed which is connected via a new high speed 512-bit X2 memory interface.

Luxury Packing and Bundling
The Dual BIOS button design allows gamers to pursuit extreme performance in the easiest way to control. Four units of 8 pin PCI-E power connector draws more power offering constant and stable power input. What’s more, to honor Devil 13 users, we have included the top-notch gaming mouse, the Razer Ouroboros, as a free gift inside the box. Why? Simply because we strongly believe our Devil 13 users deserves to have the best of the best. 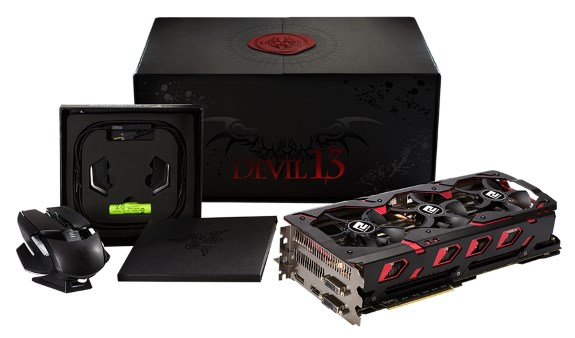 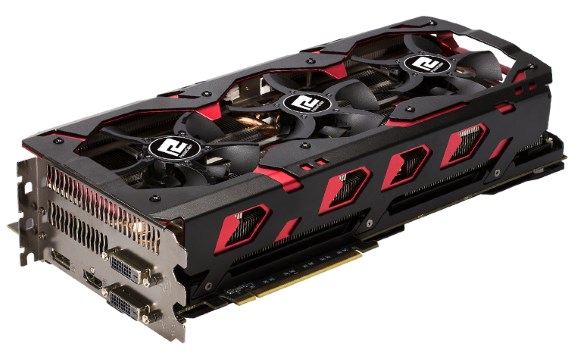