Posted on Tuesday, Sep 22 2015 @ 14:56 CEST by Thomas De Maesschalck
Has watercooled ever looked this cute? EK Waterblocks just announced the availability of a full-cover waterblock for AMD's Radeon R9 Nano card. The block is made from nickel-plated copper and you can get it in two versions; one with a transparent acrylic top and one with an acetal top. They start shipping tomorrow, pricing for both models is 109.95EUR and you can get an optional black backplate for 29.95EUR.

The base is made of electrolytic nickel-plated copper, while the top is made of either acrylic- or POM Acetal material, depending on the variant. Plexi variants also feature two pre-drilled slots for 3mm LED diodes. Screw-in brass standoffs are pre-installed and allow for safe, painless installation procedure.

Additionally the EK-FC R9 Nano has been engineered with FC Terminal connection ports for up to four R9 Nano's on a single ATX form factor motherboard, thus allowing for trouble-free swap out and upgrade without any additional changes to the cooling loop. 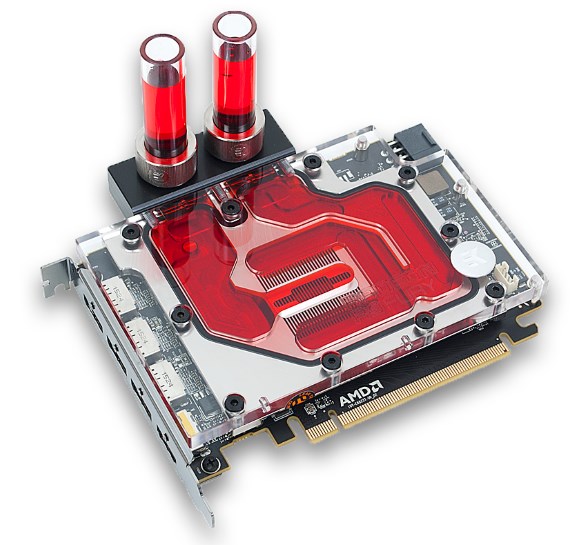