Posted on Friday, Oct 09 2015 @ 13:26 CEST by Thomas De Maesschalck
KitGuru learned that the optional NVIDIA graphics card in Microsoft's new Surface Book is not a run-off-the-mill part from NVIDIA. Not a lot of details are known, but word on the street is that it's a custom Maxwell-based GPU with performance close to a GeForce GTX 950 and 2GB of memory.

We don’t know much about the Maxwell core, other than that it was custom built for the Surface Book and is twinned with a gigabyte of video memory. Speculation places the performance somewhere in the region of a GTX 950. Alongside it is an i5 or i7 Skylake processor, depending on user preference, up to 16GB of RAM and as much as a terabyte of storage space. 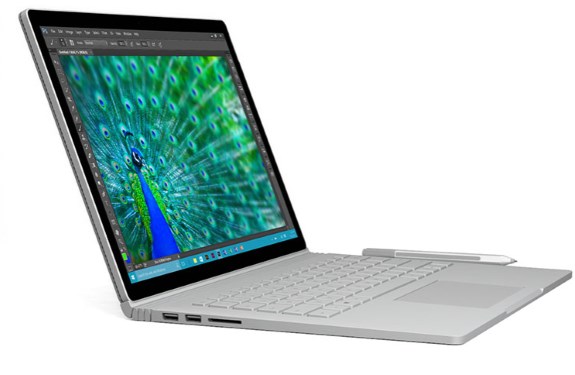