NVIDIA catches up with AMD in Ashes of the Singularity DX12

Posted on Friday, Oct 16 2015 @ 11:52 CEST by Thomas De Maesschalck
German tech site ComputerBase redid its Ashes of the Singularity benchmarks with the latest drivers from AMD and NVIDIA. The site only tested performance on the 1920 x 1080 pixels resolution but it's interesting to see that both vendors have managed to squeeze out more performance via driver optimizations.

Interestingly, NVIDIA's GeForce GTX 980 Ti is now beating AMD's Radeon R9 Fury X in Ashes of the Singularity, but only by a very small lead: 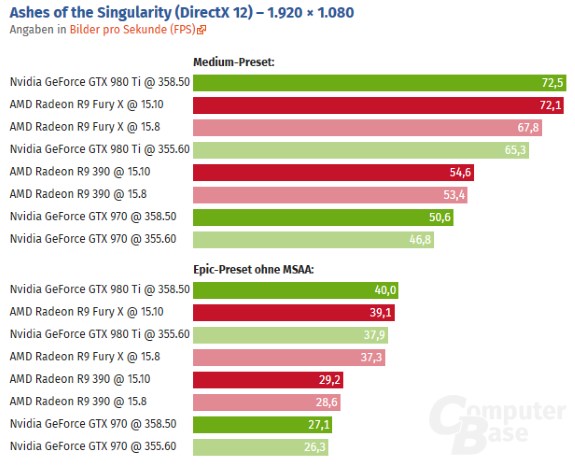 The difference versus the DX11 test is very big. NVIDIA does get a boost from DX12 but it's nothing like the massive performance boost seen on AMD's GPUs: 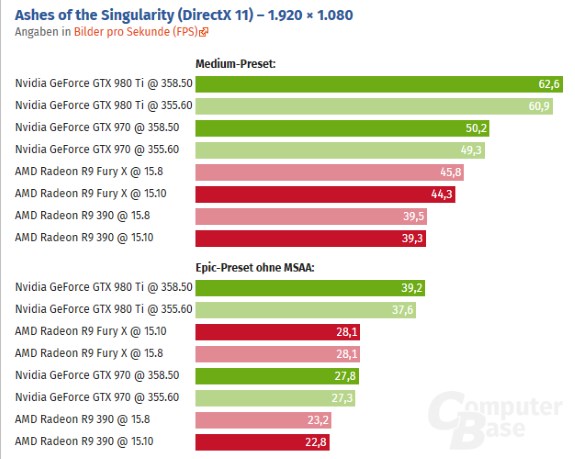