Posted on Monday, Oct 19 2015 @ 13:27 CEST by Thomas De Maesschalck
Probably one of the strangest products ASUS showcased this year was the GX700 watercooled laptop. This 17.3" gaming laptop features an unlocked Intel Core i7-6820HK "Skylake" processor, the GeForce GTX 980 laptop video card from NVIDIA and a docking station with watercooling.

Judging from the reception since IFA 2015, the ROG GX700 ultra-performance gaming laptop has been deemed one of the most highly-anticipated laptops this year, and arguably this decade (ROG is turning 10 soon!). GX700 has a game-changer which has opened the door for laptops to have a whole new level of cooling and thus potential for the highest possible performance. The key feature to set itself apart from the rest is the world’s first ever water-cooling system in a laptop, which is actually more crucial than a full desktop due to the compact size. Such a system can maximize the gaming performance, overclockability and thermal performance while fully utilizing the overclockable Intel K-Series Skylake processor, and the very first desktop GeForce GTX GPU in a notebook form factor – Nvidia GTX 980 (not GTX 980M). Here, we want to treat you to some high-quality pictures from every angle! Enjoy.

The photos below provide a glimpse of the laptop, the dock and the liquid cooling loop inside the dock. It looks like a cool gimmick for rich gamers but I wonder how well this holds up over time. 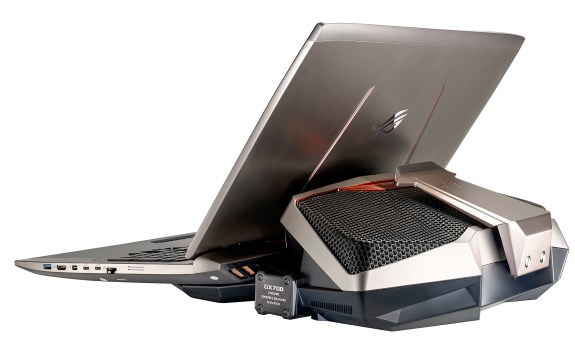 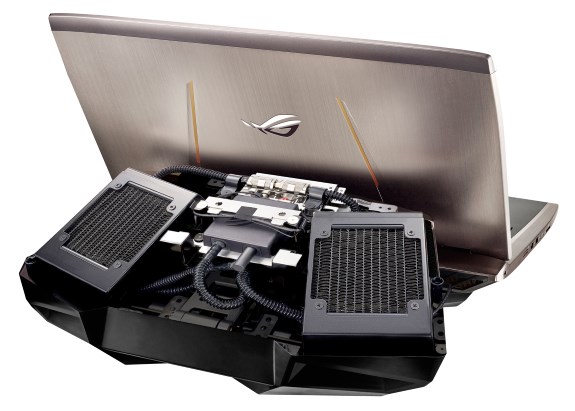 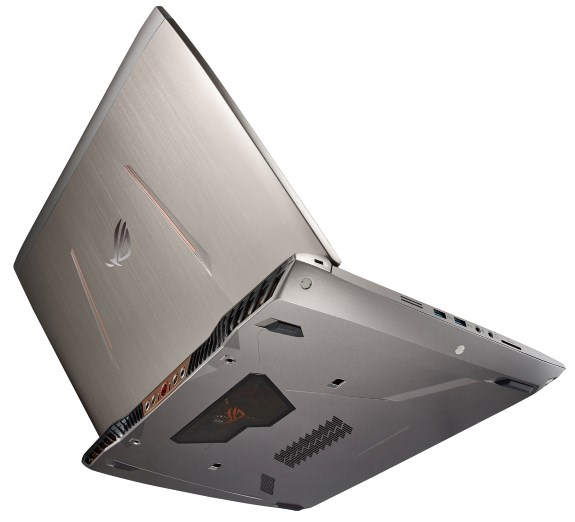 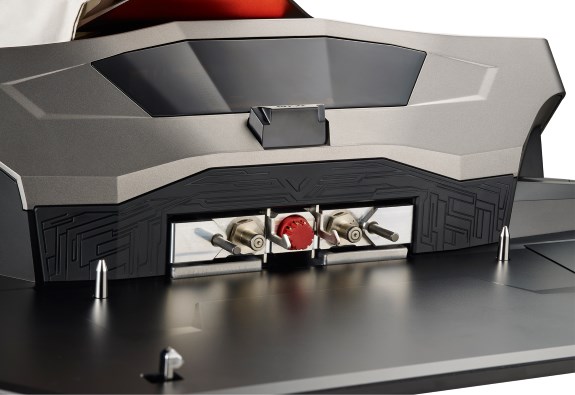 Expect the GX700 laptop to hit the market later this quarter, pricing is still a mystery.