Elon Musk: Fifteen years from now, driving a car will be like owning a horse

Posted on Thursday, Nov 05 2015 @ 11:53 CET by Thomas De Maesschalck
While I still have some questions about the safety of self-driving cars, it's not hard to see that this new and rapidly evolving technology will be highly disruptive to the way we think about cars and transport. Last month Tesla send out an update that updated its cars with automatic steering and auto lange change features, it's not quite ready for prime time yet but Tesla co-founder Elon Musk has high hopes for self-driving technology.

Speaking to WSJ, Musk explained the technology to build a fully autonomous car is just 5 to 6 years away and claimed that 15-20 years or so from now, owning a non-autonomous vehicle will be akin to owning a horse:

“They will be a factor of 10 safer than a person [at the wheel] in a six-year time frame,” Musk told the WSJ.

“Well, I’m actually on record saying that I think that all cars will go fully autonomous in the long-term,” Musk explained. “I think it will be quite unusual to see cars that don’t have full autonomy, let’s say, in 15-20 years. And for Tesla, it will be a lot sooner than that.”

Musk added that any car in the future that isn’t fully autonomous will have a “negative value.” And taking things home, Musk added that “in 20 years, if you have a car that isn’t autonomous, it will be like owning a horse. You’re really just owning it for sentimental reasons.”

Musk also pointed out that the real roadblock for self-driving cars will not be the technology itself, but the regulatory hurdles and the collective fear from the driving public. 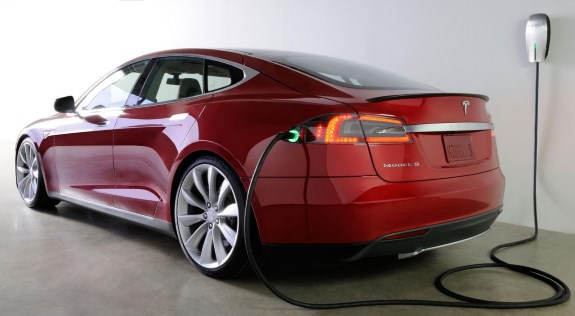