NVIDIA announed it has published two new SDKs for the development of virtual reality games; version 1.0 of GameWorks VR and DesignWorks VR.

From exploring Mount Everest from the safety of home, to designing the next automobile or plane, to watching a sporting event from the perspective of the coaches and players, virtual reality promises to dramatically change the way we experience everyday life.

Both SDKs deliver a comprehensive set of APIs and libraries for headset and app developers, including new NVIDIA Multi-Res Shading Technology. Available publicly for the first time, Multi-Res Shading is an innovative rendering technique that increases performance by as much as 50 percent2 while maintaining image quality. 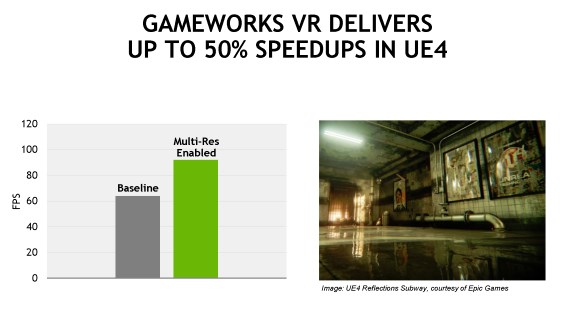