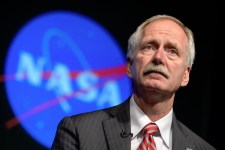 NASA spaceflight bigwig Bill Gerstenmaier reveals the agency plans to get out of the International Space Station (ISS) as quickly as they can. Gerstenmaier explains that while it's NASA's desire to see US corporations thrive in low-earth orbit (LEO), it's not the agency's top priority to ensure that this happens.

NASA says it would like to see the private space industry “take over” low-Earth orbit, although it acknowledges that any successor space station or orbiting module will be far smaller than the $140 billion space station, a collaboration between 15 countries. The message from NASA to the US industry is simple: we’re serious about the commercialization of low-Earth orbit, we have this marvelous facility available with unique capabilities, and we want you to use the heck out of it.

The US space agency will stop supporting the ISS in 2024, or 2028 at the latest, and wants to dedicate its future funds to more ambitious projects, like human exploration of space. NASA's current budget for the ISS is $3 billion a year and this cost is projected to rise to around $4 billion by 2020.

But NASA, Gerstenmaier warned, must move on at some point if it is ever to go deeper into space. Humans haven’t left the cocoon of Earth’s gravity well since 1972, when Apollo 17 returned to Earth. Although there are questions about the viability of the agency’s goal to send humans to Mars, it has begun to develop the tools to send astronauts back into cislunar space in the late 2020s. To afford this, however, NASA needs to get the space station costs off its books.