AMD's Radeon Technology Group invited journalists to a secret event in Sonoma, California, to discuss the future of graphics. Some of the details are available in the press today, but most things discussed at the event will remain under NDA for quite some time.

PC Perspective offers a nice writeup and notes that it was quite odd that there wasn't a single AMD logo to be seen in the presentations or signage present throughout the week. It could mean nothing, or could be an indication that the creation of the Radeon Technology Group paves the way to separate the graphics division from AMD.

Anyway, the Radeon Technology Group detailed a number of features that will be launched next year for current and new video cards. This includes the introduction of High Dynamic Range (HDR) tonemapping support for the next generation of HDR TVs and monitors in the second half of 2016, an updated version of FreeSync, FreeSync over HDMI support, and DisplayPort 1.3 support. 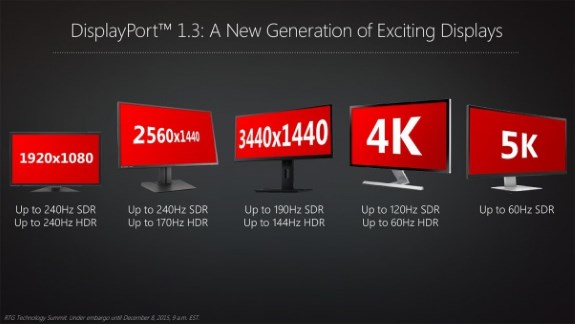