Posted on Wednesday, Dec 16 2015 @ 12:25 CET by Thomas De Maesschalck
In response to the commotion about CPU coolers possibly bending Intel Skylake processors, due to the thinner substrate used to manufacture this processor, MSI decided to publicly launch the CPU Guard 1151. This product strengthens the CPU's corners to withstand more vertical pressure, and it also aids overclockers in re-applying the IHS after delidding the chip. Pricing and availability is unknown.

MSI has received news from various media websites about possible bending of Intel® 6th Generation Processors when using heavy-weight cooling solutions. Possible bending might not occur straight away, however, as your system sits on its desk or moving it anywhere, could result in unwanted effects. To make sure you will never encounter this problem we developed the CPU GUARD 1151 to protect your Socket 1151 Intel® Xeon® E3 v5 / Core™ / Pentium® or Celeron® processor which strengthens the corners to withstand more vertical pressure.

Besides protecting your CPU, the CPU GUARD 1151 is also the perfect tool for anyone looking to ‘delid’ their 6th Generation Intel® processor. When re-applying the IHS, the design of the CPU GUARD 1151 tightly locks the HIS ensuring it will stay in its place and you will never have to worry about optimal thermal performance or it moving. Recently the CPU GUARD 1151 was used during an overclocking event, helping top overclockers push their Skylake CPU to the max, breaking world records. 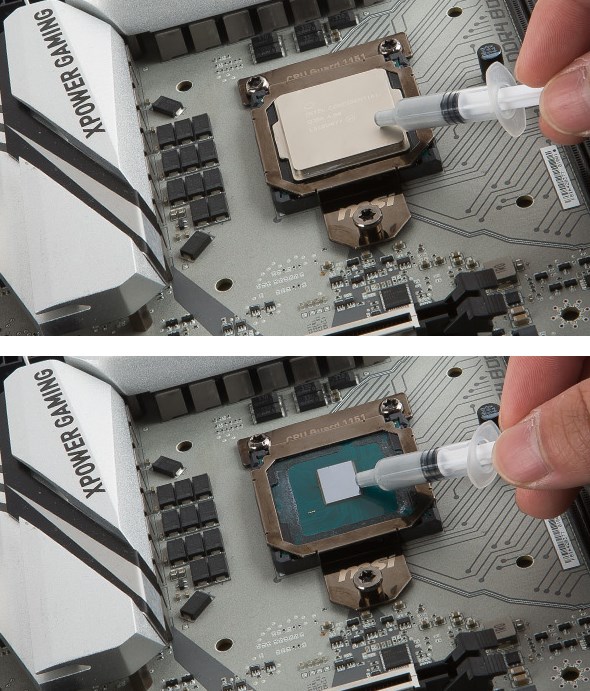