Posted on Tuesday, Dec 22 2015 @ 14:18 CET by Thomas De Maesschalck
PCI Express solid state disks like the Samsung 950 Pro with its M.2 form factor sometimes get so hot under heavy workloads that they use thermal throttling to prevent damage. AnandTech checked out the Angelbird Wings PX1 M.2 Adapter to discover if a heatsink can enhance the performance of solid state disks. The answer is a resounding yes, but only for sustained workloads.

In synthetic Iometer benchmarks of sustained performance, the addition of the heatsink roughly doubled the sequential performance of the Samsung 950 Pro! However, for real-world tests the heatsink made no significant difference. You can check the full test results over here.

When introducing the 950 Pro, Samsung assurred us that it could manage its heat output. They were right: the 950 Pro achieves a delicate balance where it will almost never overheat from a typical consumer workload, but almost any stress test can trigger sometimes severe thermal throttling. That isn't to say that the heatsink will never help in the real world; those situations are just rare, and even with the thermal throttling it would only take a few minutes to read or write the entire drive. For example, with a heatsink the 512GB 950 Pro is capable of saving an uncompressed 4k 60Hz video stream in realtime, but it'll fill up in six minutes. Other bulk data manipulation like file system or virtual machine snapshotting could be sped up some with a heatsink (provided the task consists of more than just random reads), but in general for consumer hardware and workloads the only source or destination for data that can keep up with the 950 Pro is RAM or another SSD. 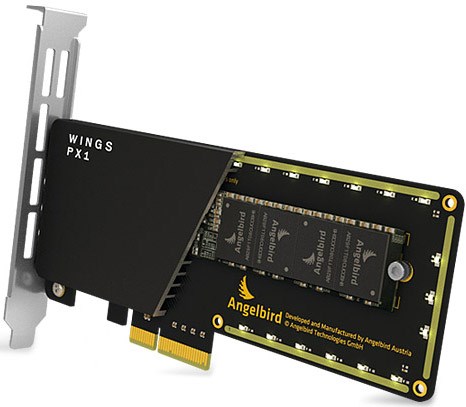