Posted on Monday, January 11 2016 @ 16:02 CET by Thomas De Maesschalck
AMD announced the A10-7890K, a new APU based on the two year old Kaveri architecture. The chip features four cores, 4MB L2, AMD Radeon R7 GCN 1.1 integrated graphics with 512 stream processors, and dual-channel DDR3 support. A baseclock wasn't shared but the Turbo frequency is 4.3GHZ and the chip has a TDP of 95W.

Additionally, AMD also announced at CES that its partners are working on new Socket AM3+ and FM2+ motherboards that will incorporate USB 3.1 controllers (ASMedia ASM1142), and some boards will also have M.2 support.

The implementation of the USB 3.1 is relatively easy: the ASMedia ASM1142 controller requires two PCI Express 2.0 lanes (something that all modern AMD platforms have), everything that motherboard makers need to do is to install one chip and supporting logic. Meanwhile, a properly implemented M.2 connector for contemporary solid-state drives needs four PCI Express 3.0 lanes in order to provide up to 3940 MB/s of bandwidth. The AMD FX (AM3+) platforms do not support PCIe 3.0 natively at all, hence, AMD’s partners will have to either implement an M.2 connector using four PCIe 2.0 ports (which would limit bandwidth to 2000 MB/s), or use a PCIe switch to “convert” eight PCIe 2.0 lanes into four PCIe 3.0 lanes. The AMD A-series (FM2+) processors support PCIe 3.0 x16 and hence can support an M.2 port with PCIe 3.0 x4 bandwidth, but in that case graphics cards will have to work in PCIe 3.0 x8 mode. In general, it is possible to add USB 3.1 and M.2 to current-generation AM3+ and FM2+ platforms, but that comes at a cost.

Overall, it's not that exciting but it keeps the lineup a bit more updated while everyone is waiting for Zen to hit the scene. 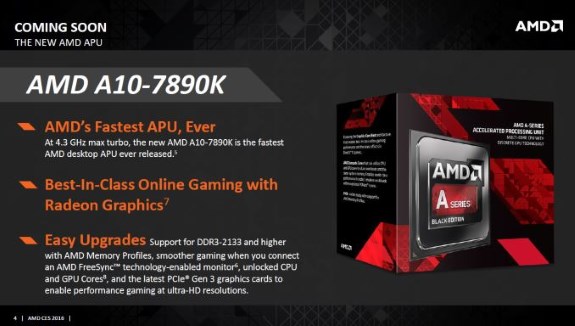