Posted on Friday, Jan 15 2016 @ 15:17 CET by Thomas De Maesschalck
Earlier this week I wrote about a 10TB helium-filled HDD from Seagate but it seems SSD makers are already offering more storage in a single disk Fixstars has two new flash disks that offer a capacity of 10TB and 13TB, respectively!

The disks focus on delivering sustained high read/write performance are designed for object storage, streaming content delivery, CG/VFX production and video processing. Fixstars offers them in a 2.5" form factor but with a height of 15mm they're about double as thick as a regular consumer SSD.

Pricing comes in at $19,000 for the 13TB model, the equivalent of $1.46 per gigabyte, about triple as much as the cheapest consumer SSDs. That's quite high but the disks feature tested and validated NAND for high performance.

On the other hand, this is a 2.5-inch SSD with 13TB of data storage. Some premium is to be expected, given that it’s no trivial task to combine, test, and validate that much NAND per drive. The Fixstars 13000M uses a specialized disk controller designed by the company and 15nm Toshiba MLC NAND memory. Sequential speed is listed as 580MB/s, sequential write is 540MB/s. Power consumption is 3W at idle and up to 6.5W under load.

I'm not 100 percent sure but this could also be the first SSD with a capacity that's bigger than any HDD available on the market. 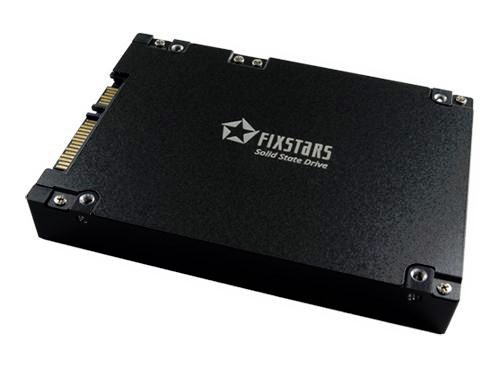 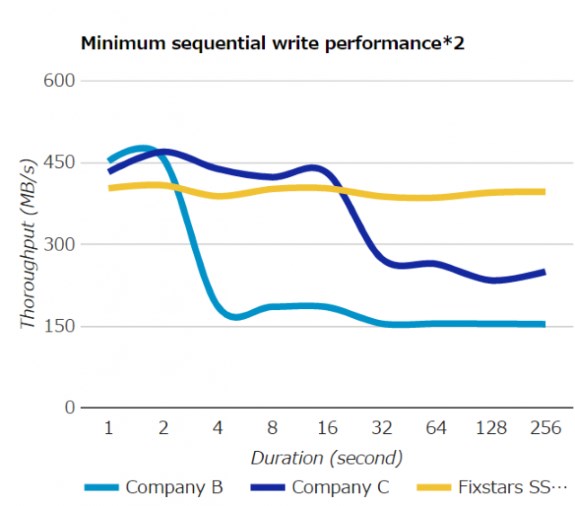