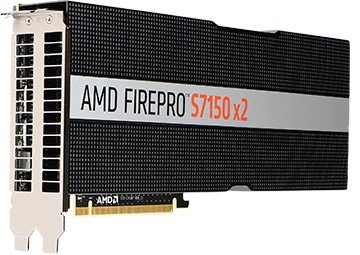 In the virtualization ecosystem, key components like the CPU, network controller and storage devices are being virtualized in hardware to deliver optimal user experiences, but prior to today the GPU was not hardware virtualized. AMD MxGPU technology, for the first time, brings the modern virtualization industry standard to the GPU hardware.

What does this mean? Consistent performance and enhanced security across virtual machines. MxGPU controls GPU scheduling delivering predictable quality of service to the user.