Posted on Tuesday, Feb 02 2016 @ 17:03 CET by Thomas De Maesschalck
AMD officially revealed its FM2+ desktop processor series, it's not much too get excited about but it'll have to make do until the new Zen architecture arrives. The new chips include the A10-7860K, the A6-7470K and the Athlon X4 845. AMD also promises there will be new motherboards with USB 3.1 Gen 2 Type A and C connectors as well as M.2 storage support. 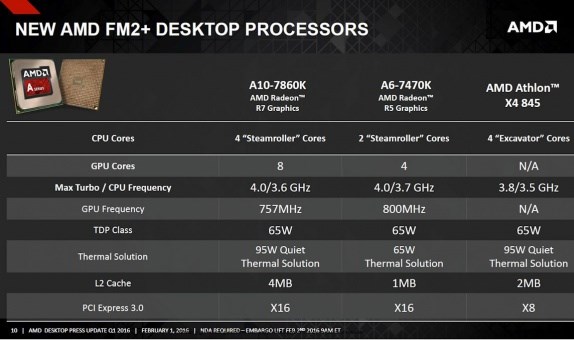 The pricing of the A6-7470K is still unknown, but we do know the pricing of the other two parts. Additionally, AMD also lowered the price of several existing CPUs: This is the new Wraith cooler, it can handle CPUs with a TDP of up to 125W. AMD claims this HSF will offer better cooling performance and lower noise levels than its D3 stock cooler. The first processor with the Wraith cooler is the AMD FX 8370, but there's a $10 premium versus the original model. 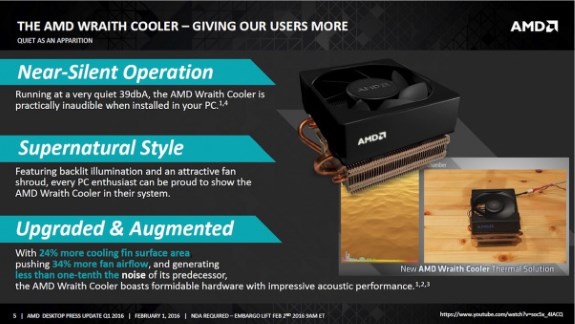 Additionally, AMD is also working on a new silent cooling solution for CPUs with a TDP of up to 95W: 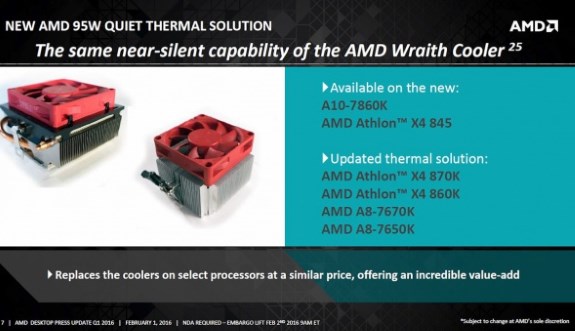