Posted on Thursday, Feb 04 2016 @ 12:50 CET by Thomas De Maesschalck
Logitech shows off its new G810 Orion Spectrum RGB, a new mechanical keyboard with the company's in-house Romer-G switches, which promise up to 25 percent faster actuation than unnamed standard mechanical switches and a lifetime of up to 70 million strokes.

One of the keyboard's special features is the per-key RGB LED illumination, this can be controlled via the Logitech Gaming Software. The LEDs offer up to 16.8 million colors and can be used to provide visual cues about specific codes or game commands. Logitech's software features preset illumination modes for over 300 games.

Other than this, the keyboard has macro support, a braided cable and a matte design to prevent it from catching fingerprints.

Logitech says shipment will start soon, in Europe it will be sold for 189EUR. 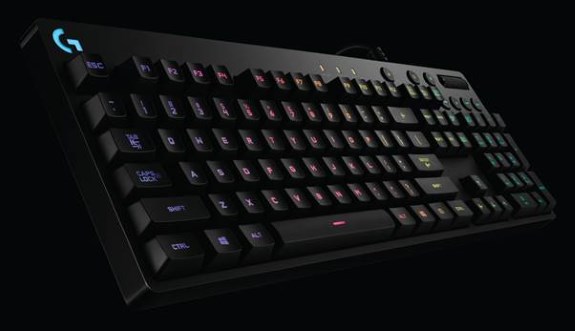