Posted on Friday, Feb 05 2016 @ 11:21 CET by Thomas De Maesschalck
Bethesda announced it's launching the new DOOM reboot on Friday, May 13th! It's an oldskool Doom game, don't expect any storytelling here, it's a fast-moving game filled with blood and gore.

Get a closer look at the adrenaline-pumping, single-player campaign in the latest trailer for DOOM – the all-new FPS from id Software arriving worldwide on Xbox One, PlayStation 4, and PC on Friday, May 13th. As the iconic DOOM Marine, you wake to learn that the Union Aerospace Corporation’s facility on Mars has been decimated and overrun by hordes of demons. Humanity’s survival rests in your hands – and your hands alone. Fight Like Hell.

In DOOM’s campaign, there is no taking cover or stopping to regenerate health as you beat back Hell’s raging demon hordes. Combine your arsenal of futuristic and iconic guns, upgrades, movement and an advanced melee system to knock down, slash, stomp, crush, and blow apart demons in creative and violent ways.

Doom fans will also be able to buy a Collector's Edition, this $120 bundle features a 12-inch collector's statue of the Revenant demon. The statue ships in an exclusive metal case and features a LED-lit base with internal slow-spinning turbine. 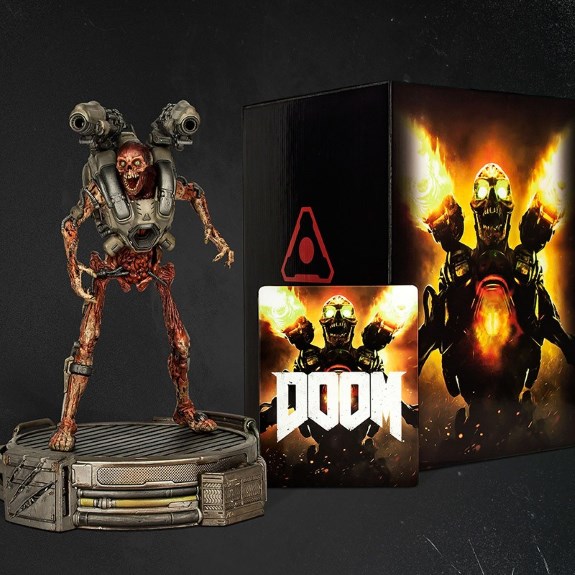