A look at the history of the first-person shooter

Posted on Monday, Feb 15 2016 @ 13:15 CET by Thomas De Maesschalck
If you have some spare time to kill, ARS Technica has written a thrilling article about the history of the first-person shooter, which you can read over here.

Many of us are familiar with the first-person shooter (FPS) creation myth—that it materialized fully formed in the minds of id Software founders John Carmack and John Romero shortly before they developed Wolfenstein 3D. Afterward, it was pushed forward only by id until Valve's Half-Life came along.

But the reality behind FPS evolution is messier. Innovations came from multiple sources and often took years to catch on.Even Wolfenstein 3D had numerous predecessors within and without id. And like the genres we've previously explored—a list including city builders, graphic adventures, kart histories, and simulation games—there have been many high and low points throughout this long, violent, gory history. 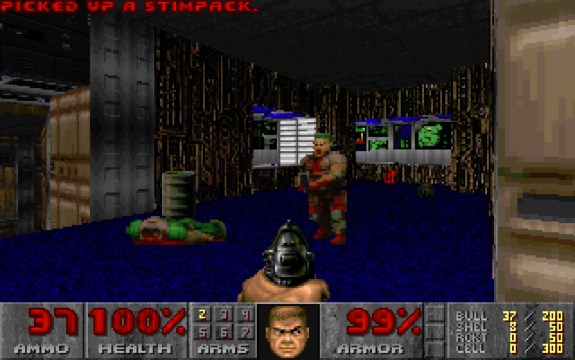