A relevant observation from our Operations team on the Seagate drives is that they generally signal their impending failure via their SMART stats. Since we monitor several SMART stats, we are often warned of trouble before a pending failure and can take appropriate action. Drive failures from the other manufacturers appear to be less predictable via SMART stats. 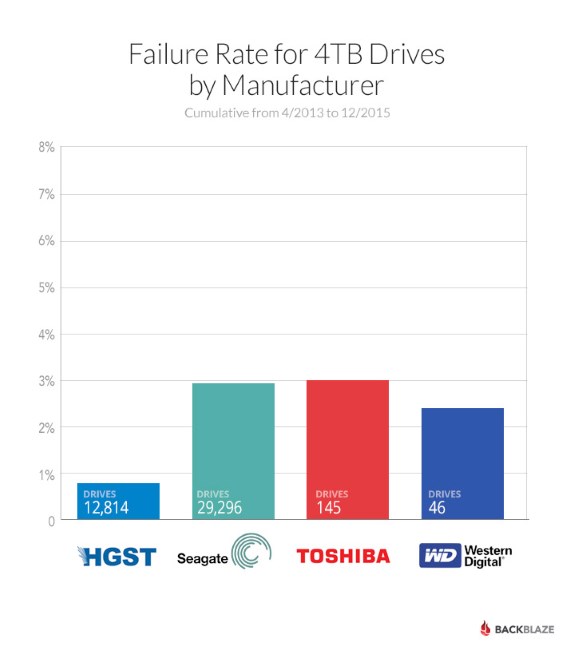