AMD is keeping very quiet about its Zen lineup so everything you're going to read below is pretty much based on unverifiable rumors. The talk of the day is that AMD's 14nm Raven Ridge APUs, which are expected in 2017, will have integrated graphics based on the Polaris architecture as well as integrated HBM as a very potent cache to reduce bandwidth constraints.

In order to keep growing APU GPU performance, AMD also needs to increase the memory bandwidth. One way, of course, is to use eDRAM as Intel has done with notable success. That, however, is expensive, leading to the top SKUs costing near $400. In comes HBM to the rescue at a relatively lower cost, allowing a large yet budget friendly cache pool to help reduce bandwidth constraints. To produce this, AMD has tapped Amkor, the same firm that worked on Fiji interposers to package Raven Ridge.

It is speculated that such a combination could offer integrated graphics with a performance level close to a Radeon R7 370. 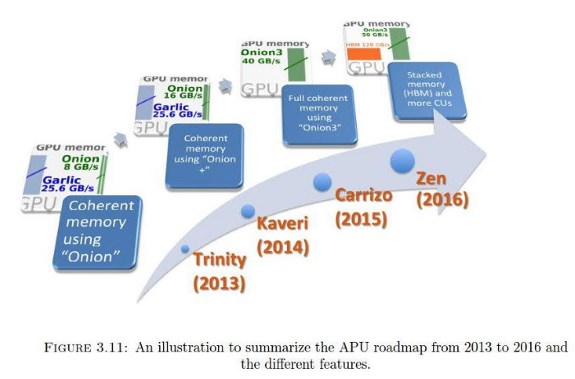