Intel legend Andy Grove passes away at age of 79

Intel mourns the loss of Andrew Grove, one of the driving forces behind turning Intel from a startup into the semiconductor giant it is today. Grove was Intel's third employee and the first person to be hired by Intel founders Gordon Moore and Robert Noyce. He served in various top positions at Intel, Grove became Intel president in 1979, took up the CEO role in 1987 and served as Chairman of the Board from 1997 to 2005.

Intel announced that the company’s former CEO and Chairman Andrew S. Grove passed away today at the age of 79.

Present at Intel’s 1968 founding with Robert Noyce and Gordon Moore, Andy Grove became Intel’s President in 1979 and CEO in 1987. He served as Chairman of the Board from 1997 to 2005. Both during his time at Intel and in retirement, Grove was one of the most influential figures in technology and business, writing best-selling books and widely cited articles, and speaking out on an array of prominent public issues.

“We are deeply saddened by the passing of former Intel Chairman and CEO Andy Grove,” said Intel CEO Brian Krzanich. “Andy made the impossible happen, time and again, and inspired generations of technologists, entrepreneurs, and business leaders.”

Born András Gróf in Budapest, Hungary, Grove immigrated to the United States in 1956-7 having survived Nazi occupation and escaped Soviet repression. He studied chemical engineering at the City College of New York, completing his Ph.D at the University of California at Berkeley in 1963. After graduation, he was hired by Gordon Moore at Fairchild Semiconductor as a researcher and rose to assistant head of R&D under Moore. When Noyce and Moore left Fairchild to found Intel in 1968, Grove was their first hire.

Andrew S. Grove was chairman of the board of Intel Corporation from May 1997 to May 2005. He was the company’s chief executive officer from 1987 to 1998 and its president from 1979 to 1997. Grove played a critical role in the decision to move Intel’s focus from memory chips to microprocessors and led the firm’s transformation into a widely recognized consumer brand. Under his leadership, Intel produced the chips, including the 386 and Pentium, that helped usher in the PC era. The company also increased annual revenues from $1.9 billion to more than $26 billion.

Grove was both an astute engineer and a careful student of business management. His books High Output Management (1983) and Only the Paranoid Survive (1999) remain some of the most highly regarded management books.

“Andy approached corporate strategy and leadership in ways that continue to influence prominent thinkers and companies around the world,” said Intel Chairman Andy Bryant. “He combined the analytic approach of a scientist with an ability to engage others in honest and deep conversation, which sustained Intel’s success over a period that saw the rise of the personal computer, the Internet and Silicon Valley.”

Grove and his wife, Eva, were married for 58 years and had two daughters and eight grandchildren.

While leading Intel and in retirement, Grove was active in philanthropy and public advocacy for issues deeply personal to him. Diagnosed with prostate cancer, he authored a 1996 cover story in Fortune that explained his decision to undergo an unconventional, but ultimately successful treatment. He contributed to Parkinson’s research and urged the medical community to more efficiently study the disease, from which he suffered. He provided $26 million to the City College of New York to help establish the Grove School of Engineering, and made countless generous gifts to a wide variety of charitable causes. 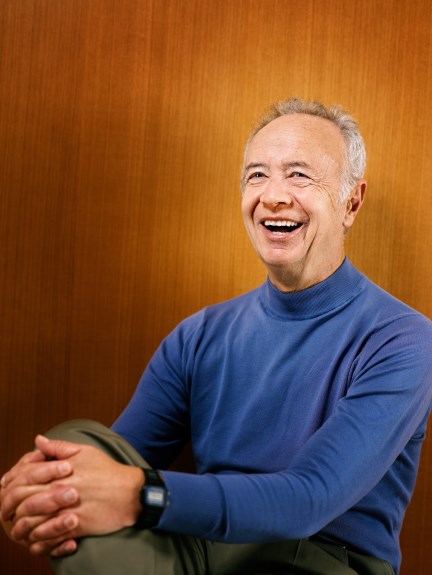