Sold in kits for two RAM modules, the black EK-RAM modules cost 29.95EUR and the nickel version costs 34.95EUR. As mentioned above, you also need a Monarch waterblock, pricing for these starts at 29.95EUR.

EK-RAM Monarch Module is a heatsink adapter which allows virtually any (DDR-)SDRAM memory module (of any generation) to be liquid cooled in conjunction with EK-RAM Monarch series water blocks.

Each heatsink consists of two separate plates while the DIMM memory module is sandwiched in between. Heat transfer between the memory module and aluminium heatsink adapter is ensured by the use of an enclosed thermal pad. 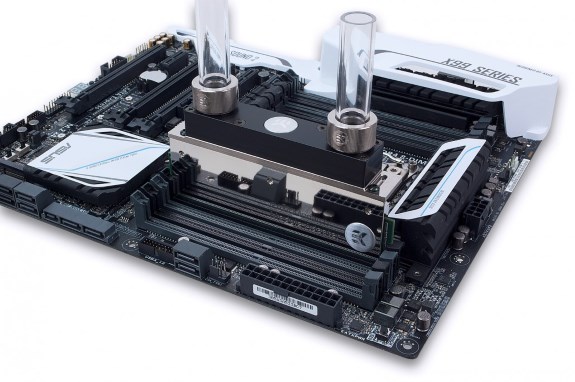