Intel SSD 540 series with TLC NAND flash memory is out

Posted on Thursday, Apr 14 2016 @ 14:14 CEST by Thomas De Maesschalck
With the introduction of the SSD 540, Intel rolled out a new nomenclature for its consumer solid state disks. It's a bit like the company's processor lineup, at the high-end you have the SSD 7 series with the highest performance and form factors like M.2 PCIe, U.2, and PCIe add-on card as well as support for the NVMe protocol, and one step lower you have the SSD 5 Pro lineup with 2.5" SATA 6Gbps and M.2 SATA-based products with fast MLC NAND flash memory.

Pricing is unknown but we do know that Intel offers a 5-year warranty on these disks, which should alleviate some of the concerns about the TLC NAND flash memory. 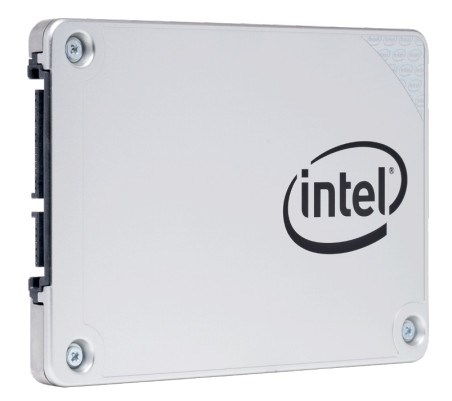