Posted on Friday, May 27 2016 @ 12:03 CEST by Thomas De Maesschalck
VideoCardz outdid itself and scored lots of exclusive photos of upcoming non-reference designs of the GeForce GTX 1080. First up is a card from Gigabyte, the GeForce GTX 1080 Xtreme Gaming. This version features a triple-fan cooling solution but it's a bit different than the triple-fan WindForce cooler as this cooler has a middle fan that is pushed behind the two outer fans. The cooler has an illuminated "X" logo and the card has a custom PCB with high quality components. 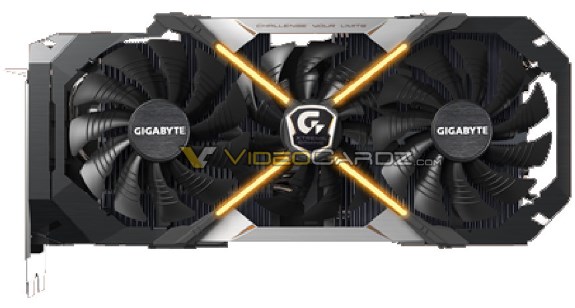 Second we have the new STRIX from ASUS. The ROG series GeForce GTX 1080 STRIX features a triple-fan cooling solution and is equipped with AURA LED customization. 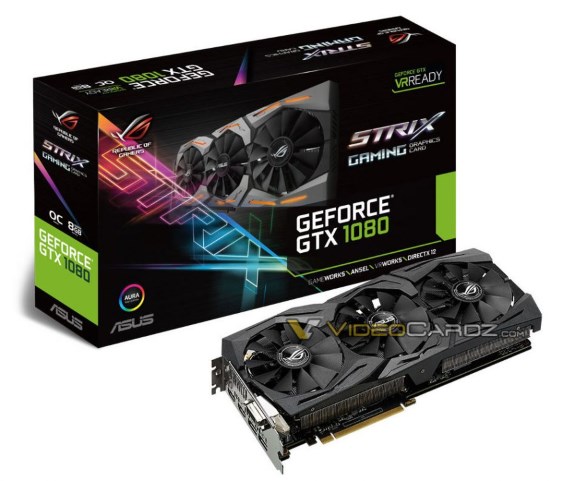 Next is the Phoenix Edition from Gainward. This GTX 1080 has a cooling solution with just two fans but both of them are pretty large. 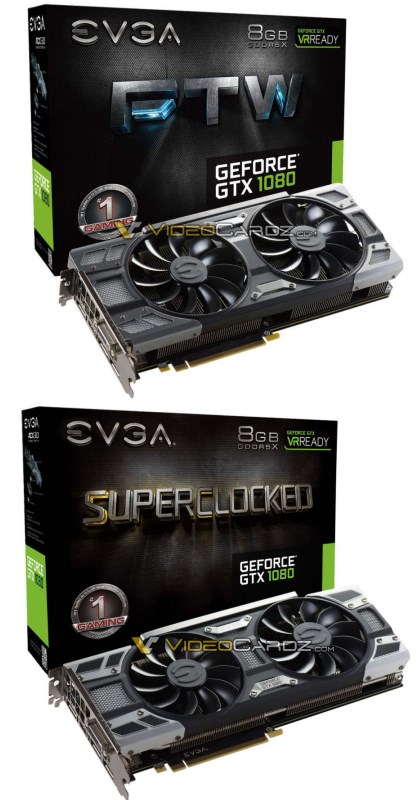 HotHardware chimes in with photos of the EVGA GeForce GTX 1080 Superclocked ACX 3.0 Edition. This model has the dual-fan ACX 3.0 cooling solution. 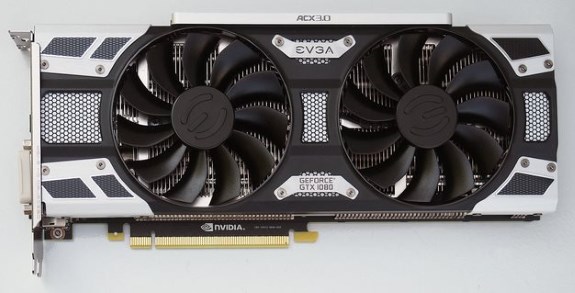 Lastly, VideoCardz also got its hands on photos of the Zotac GEForce GTX 1080 AMP! (left) and GTX 1080 AMP! Extreme (right). Both models offer Freeze (which turns off the fans in idle modus) and Spectra (fancy customizable LED illuminated strips on the cooler shroud). These cards also feature a pretty sweet custom backplate and a custom PCB with two 8-pin power connectors.

Specifications aren't available but with Computex coming up next week we should learn more very soon.