Sapphire Radeon RX 480 Nitro card gets photographed, $199 cards may be hard to find

The Nitro is a dual-slot card with a silver cooler shroud and a dual-fan cooling solution. A LED-backlit Sapphire logo is featured on the side of the card, it changes color depending on fan speed, GPU temperature, or user profile settings.

Radeon RX 480 cards reportedly reached reviewers so more leaks are expected in the coming days. The site also reports that most Radeon RX 480 cards that will be released on June 29th will be of the 8GB GDDR5 variety. The $199 4GB models are also expected but availability will depend on AMD's add-in board partners. 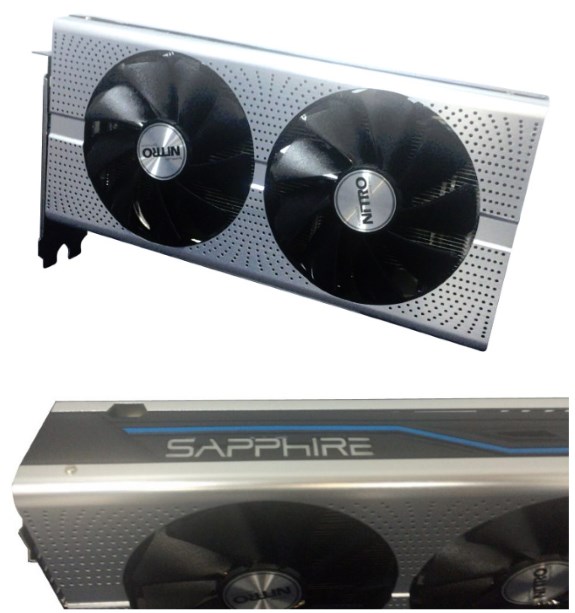