With Windows 10 on the market for one year now, it's time to take a look at how the operating system is doing in terms of marketshare. A bit over a month ago Microsoft revealed that Windows 10 is already running on 350 million devices (which also includes phones and Xbox One gaming consoles) and now the latest desktop operating marketshare statistics from NetMarketShare reveal Windows 10 has a desktop marketshare of 21.13 percent. 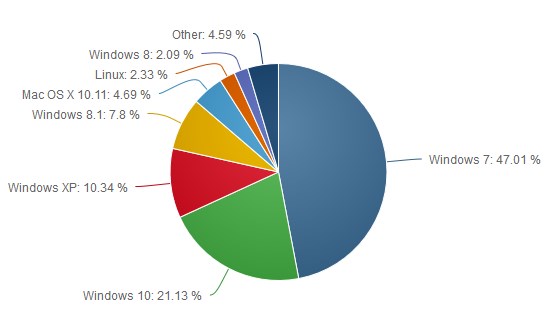 On a related note, gamers have picked up Windows 10 at a much quicker pace. The latest Steam hardware survey results reveal 46.52 percent of Steam gamers now use Windows 10.