Microsoft is giving Windows users less time to decide if they like Windows 10. Previously, users who upgraded to Windows 10 had 30 days to roll back to their previous version of Windows if they didn't like the new operating system, but now the software giant reduced the period to just ten days.

Microsoft said that the behind-the-scenes change had been triggered by data gleaned from the voluminous telemetry it collects from Windows 10 devices. "Based on our user research, we noticed most users who choose to go back to a previous version of Windows do it within the first several days," a spokesman said in an email. "As such, we changed the setting to 10 days to free storage space used by previous copies." 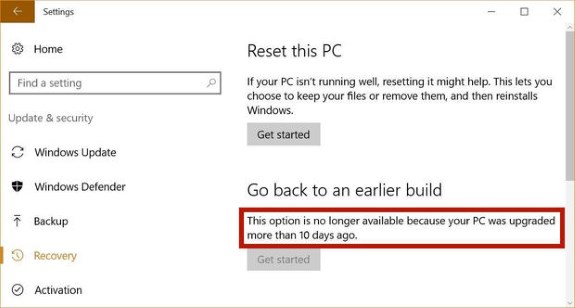