As the world’s most popular GAMING graphics card vendor, MSI is proud to introduce brand new graphics cards based on NVIDIA’s new Pascal GPU with fierce new looks and supreme performance to match. Featuring the same high build quality as its bigger brothers, the MSI GeForce® GTX 1060 GAMING 3G Series are kept cool by the imposing TWIN FROZR VI thermal design, allowing for higher core and memory clock speeds for increased performance in games. The recognizable shapes of the eye-catching TWIN FROZR cooler are intensified by a fiery red GAMING glow piercing through the cover, while the MSI GAMING dragon RGB LED on the side can be set to any of 16.8 million colors to fit your mood or build. A completely new custom 6-phase PCB design using Military Class 4 components with an 8-pin power connector enables higher overclocking performance to push your graphics card to the max. The classy matte black solid metal backplate gives the GAMING X more structural strength and provides a nice finishing touch. 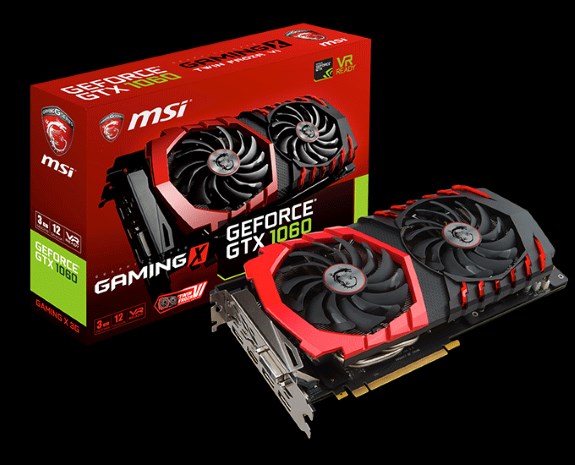