Posted on Tuesday, Aug 23 2016 @ 15:20 CEST by Thomas De Maesschalck
AMD talked about its Zen architecture at Hot Chips, you can check out a bunch of slides from the event at Overclock3D.

From Zen's conception it was designed to offer both scalability in terms of both power and core count, allowing AMD to power mobile devices with as little as 4W and scale all the way up to their upcoming 32-core Naples server CPU. 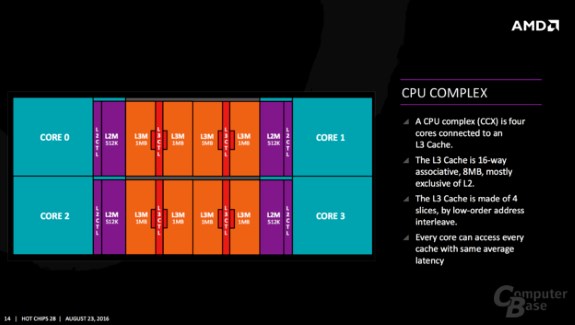 There's also another video from last week's AMD event , starting around the 2:50 mark it shows off a PC with AMD's 8-core Zen "Bristol Ridge" processor.