Google says it isn't planning to make cars, it's building the driver

Posted on Tuesday, Oct 04 2016 @ 16:35 CEST by Thomas De Maesschalck
Google revealed some more information about what its aspirations for the car market are. Dmitri Dolgov, head of the firm's self-driving car project, said Google has no intention of building a self-driving car. Instead, the company is hard at work to build the driver behind it, and intends to sell this technology to car makers.

Dmitri Dolgov, Google’s head of self-driving technology explained recently that the way the company is looking at it, the driver should be independent of the car. In other words, despite Google building its own autonomous vehicle, the company’s aim is to have software that can then be transferred to any vehicle. Talking to Recode Dolgov said:

It doesn’t matter. We’re building a driver. We’ve been on Prius, Lexus; we have our own prototype, and we’re now working with Fiat Chryslers on a new platform. As far as the software is concerned, it’s the same thing. It’s like you getting into another car. You get a rental — maybe it’s a little bit bigger, and it doesn’t quite handle the same way as your own car — it takes you time to get used to, but the core tasks transfer. 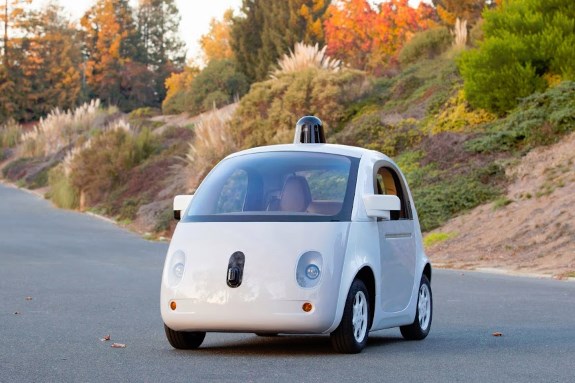 Recent rumors suggest Apple is taking the same approach, the iPhone company reportedly gave up on its dream of building electric cars and decided to focus on the underlying technology required to make self-driving cars.