Speaking of price points: At the beginning of 2016, the price to buy a pre-built PC capable of running an Oculus Rift was a bare minimum of $949, according to Oculus. Today during his keynote at Oculus Connect 3, Oculus CEO and Co-founder Brendan Iribe unveiled a new limited edition CyberPowerPC, powered by Radeon™ RX 470 graphics and an AMD FX™ 4350 processor. This powerful PC is priced at just $499 USD MSRP when purchased with an Oculus Rift.

CyberPowerPC is the front-runner for affordable VR gaming with the introduction of a $499 gaming PC with the AMD FX 4350 processor and AMD Radeon R7 470 video card. It's a limited edition though, and the offer is only valid when you purchase the system in combination with an Oculus Rift VR headset. The system comes preloaded with Windows 10, has a 1TB HDD, a DVD drive, and includes a mouse and keyboard.

It does seem more like a curiosity, AMD mentions it's a limited edition and CyberPowerPC says it will be available soon but offers little more details. The $499 VR-ready PC is a good headline-grabber but don't expect to be able to actually buy it and actually enjoy high-end VR games.

As a reminder, this system offers the bare minimum hardware specifications for VR gaming. Those wishing to get a better experience may opt for the more readily available CyberPowerPC Gamer Xtreme VR. That's a $699 system with an Intel Core i5-6402P, AMD Radeon RX 480 video card, and a WiFi USB adapter. 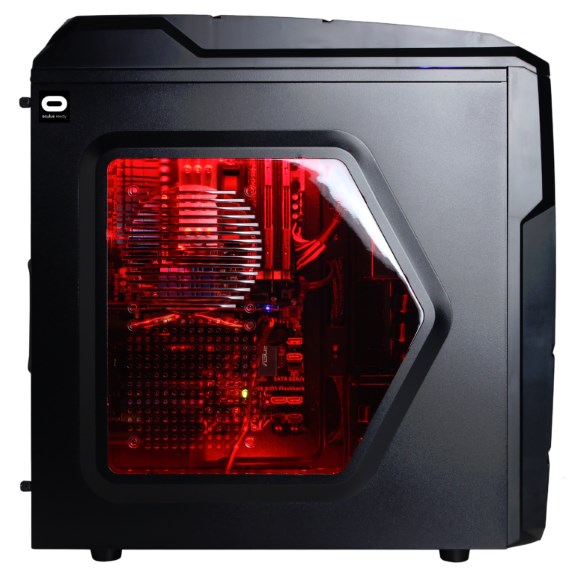