First up, TechPowerUp spreads news that the cards will arrive on the same day, which is October 25th, which contradicts earlier rumors about two separate launch dates. The source also claims the GTX 1050 Ti will have 4GB GDDR5 while the regular GTX 1050 will have just 2GB. 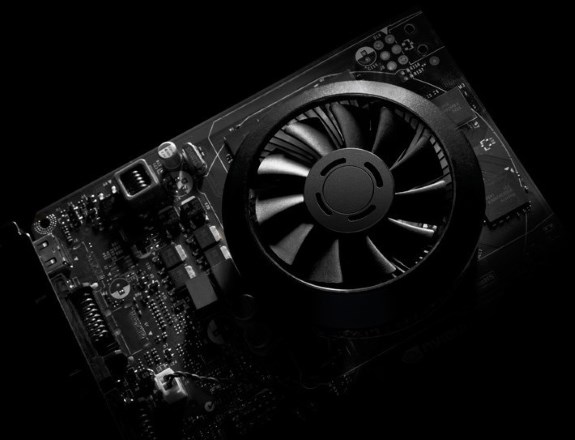 Next VideoCardz came across a photo and some benchmark results of a GeForce GTX 1050 Ti. A GPU-Z screenshot reveals this GP107-400 GPU based video card has a 128-bit memory bus, 4GB GDDR5 memory clocked at 7008MHz effective, and what seems to be a factory-overclocked 1354MHz GPU clockspeed and a 1468MHz Boost.

It's unknown which model this card is, but as you can see on the image below, this GTX 1050 Ti card is about 210mm long. 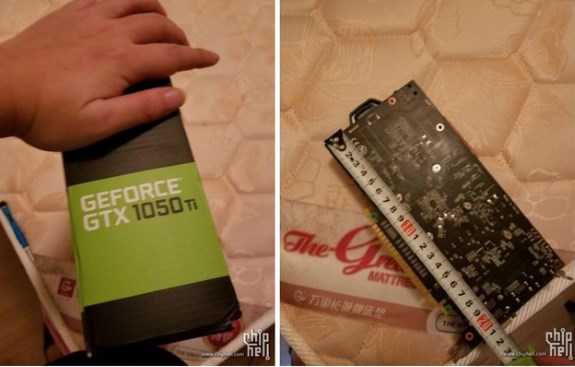 Performance-wise the sample seems very close to the GeForce GTX 960. The site speculates the non-Ti version of the card will offer about the same performance as AMD's Radeon RX 460.

Here are the leaked 3DMark Fire Strike Ultra and 3DMark Time Spy scores: Interestingly, the GPU-Z sensor data shows actual boost clock is quite a bit higher than official: it seems to hit clocks between 1780MHz and 1797MHz!