Are high-end video cards getting increasingly expensive? It's a question that pops up regularly when a new flagship video card hits the market so HardOCP decided to investigate the claim by tracking the launch prices of NVIDIA's flagship GPUs. The list compares the pricing of NVIDIA GPUs from 2000 to 2017, but excludes the Titan series because they're in a "halo class" of their own. 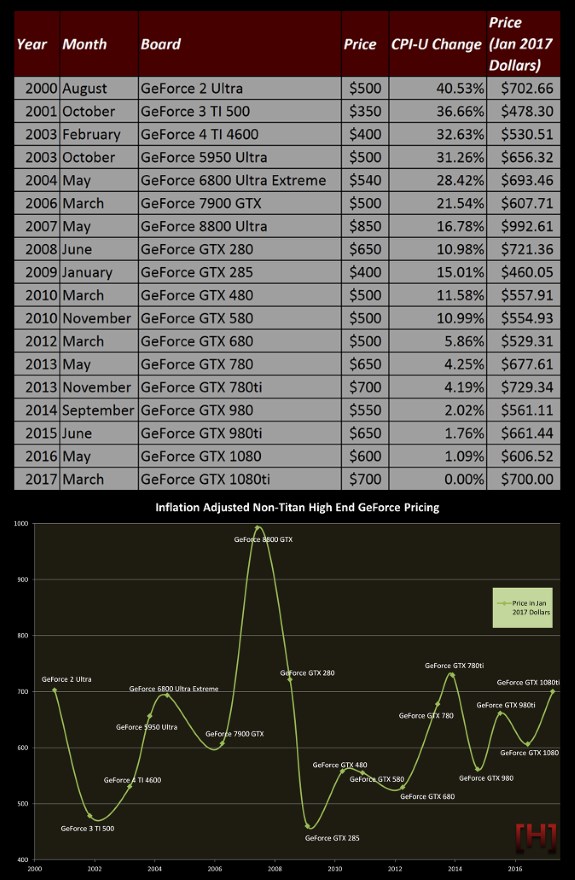