Tucked away inside the Radeon Software Crimson ReLive 17.3.2 drivers is confirmation that AMD's upcoming Radeon RX 500 series cards are rebrands of the Polaris 10 and Polaris 11.

This doesn't mean these cards will be exactly the same, they will likely have higher clockspeeds and perhaps lower pricing. 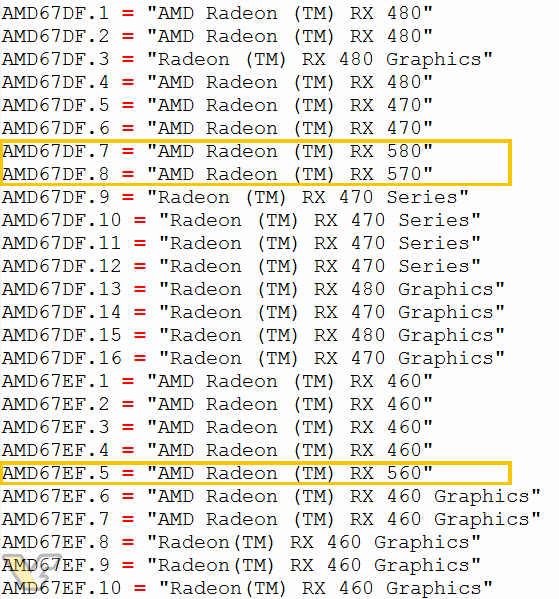